Skip to content
Home » My experiences as a solo traveller

Racism in Switzerland: My Experience as a Solo Traveller of Colour

Good god, we Indians are obsessed, and I mean obsessed, about going to Switzerland. Seriously, I don’t get the hype. Like, I know Bollywood plays a major hand in it. But still, the number of Indian tourists you see in Switzerland is absurdly more than anywhere in Europe. So, I too, as a classic example of herd mentality, was like ‘Man, I need to go to this place and check it out!” Off I went to Switzerland. And that’s when I learned first-hand that racism in Switzerland is of another level altogether.

I will go ahead and claim that there is ample racism in Switzerland. Now hold on here, if you are white, please do not try to tell me there isn’t. Your experiences aren’t the same as mine. Moreover, do not tell me that there are far worse people than the Swiss when it comes to being racist jerks. I know there are. In fact, a lot of Indians can be incredibly racist as well.

Now for those who are thinking, “You Indians are racists toward others so stop complaining about racism,” you need to rework that brain of yours. I, as a person, as an individual, DO NOT deserve to be treated like a terrorist/scum/less-than-human because I, personally, am not racist to anyone. Just because there is a generalised negative perception about Indians does not make it okay to treat any Indian racially. What kind of logic is this: ‘Because ‘your’ people treat others badly, you, who doesn’t do anything like that, deserve the same’? What kind of vindictive, messed up reasoning is that?

Before I continue further, I must say that this post is about racism in Switzerland but that does not imply I think every single Swiss is a racist douchebag. I can’t believe I have to give this disclaimer but here it is anyway. Now, note that the title of the blogpost is not  “My Racist Encounter in Switzerland’ but ‘Racism in Switzerland.’ Meaning: I had to face this more than once, or twice. But let’s start from the beginning.

In 2014, I entered Switzerland on an overnight sleeper train that had originated from Amsterdam, and had passed through Germany. Note that Holland, Germany and Switzerland are part of the Schengen (though Switzerland is not part of the EU). In other words, they practise freedom of movement across borders. This freedom of movement is not just for EU citizens but anyone who is within the Schengen area.  This law means that you don’t have to show your passport when crossing borders between Schengen countries.

That said, things play out a bit differently for you if you are brown/black or ‘look’ Muslim/non-Christian. More often than not, if you are a person of colour, the cops will stop you at these ‘border free but only for white people’ crossings and will ask for your ID/passport/visa. The authorities’ (arguably fair) excuse is that while you have the right to freedom of movement, they still need to check if you have a valid document that allows you to stay in the Schengen. Fine, whatever.

Going back to my story; so when the train crossed from the Netherlands into Germany, no border patrol/police came onboard. Because Germany actually follows (or followed back in 2014), the border-free policy that is the essence of the Schengen Agreement. But guess which country, with all its neutrality talk, did not? Switzerland.

Racism in Switzerland is not only rampant but most (if not all) Swiss authorities shamelessly practise and normalise it, which is evident by the way their cops/border patrol think it is okay to behave with a person of colour.  I was in a 6 person sleeper couch when these ‘Protectors of the Swiss state’ came onboard. There were three people in our coach. Namely, a white Australian boy (early 20s), a white German boy (mid-20s), and me (Indian, brown, female, mid-20s).

The German simply showed his German ID and that was it. The whole interaction took 10 seconds. The border police asked the Australian where was he from. Then, they asked him if I was travelling with him. Funny (not), that they preferred not to even address me directly if they could avoid it. Not sure if this is a gender thing or a race thing, or both. Probably both. The Aussie fellow says no, and then all eyes are on me.

Racism in Switzerland: A Transcript

Swiss white male cop 1: Where are you from?

Me *smiling but not reciprocated*: India.

Swiss white male cop 1: Where are you coming from?

Swiss white male cop 1: Show me your ticket! And your passport.

Swiss white male cop 1: *speaks something into his walkie-talkie* Are you carrying any drugs from Amsterdam?

Me: What, you mean, weed? Nope. [I don’t smoke pot. I didn’t do it in Amsterdam much less bring it on the train like an idiot]

Swiss white male cop 1: Do not lie! We can arrest you.

Me: I am not lying *major panic attack coming on*

Swiss white female cop: So if you live in Spain, you must speak Spanish?

Swiss white female cop then starts to quiz me about Spain in Spanish!. Meanwhile Swiss white male cop 2 demands to see my stuff. And without waiting for me to agree, he starts taking everything out of my bag. He was just short of sniffing my used panties.

Swiss white female cop after quizzing me: Your Spanish isn’t very good, how do we know you aren’t lying about living in Spain?

Me: Because I have a legal residency permit from Spain which you are holding in your hands and I would like it back!

After this, the female cop takes me for a pat down in the bathroom. All  of them then have a conversation among themselves before reluctantly handing back my documents while everything from my bag lay strewn all over my coach bed. If you think the story ends here, it does not:

The female white cop who arrived later asked her colleague where the Australian guy was from, who replied “Austria.”

They were speaking in German. But, the Australian heard and understood the conversation, and said, “No, I am from Australia.” Following which, the Swiss white male Cop 1 literally went “Oh, doesn’t matter,” and they all left. As far as I know, Australia, unlike Austria, is not in the EU or Schengen right? So, why doesn’t it matter? He could have been in the EU/Schengen longer than it was permitted on a tourist visa, he might have had drugs on him (he too had boarded at Amsterdam), or he might not have been Australian at all! They did not even ask to see his passport, much less see if he was here legally, just because he was white!!

Also, I like how the Swiss white female cop with her resting bitchface thought that I possibly couldn’t be legally residing in Spain because I didn’t speak perfect Spanish. Let’s completely ignore the fact that I had a residency permit. Because surely residency permits are just stupid documents with no value at all. As for going through my stuff, why the hell was it okay for a male cop to go through my stuff especially when there was a female one present? Moreover, it wasn’t just about them going through my stuff, it’s about how they did it. The cop was touching/holding my stuff with a disgusted face like I was contaminated and tossing my valuables aside with disrespect and arrogance including a picture of my family.

I am a petite 5’2 harmless looking girl. I wasn’t dressed in a particular way (read: in a hijab, or anything ‘Muslim-like’) that could be used as a pathetic, Islamophobic excuse by these Swiss cops to interrogate me because I appeared ‘dangerous’ (read: Muslim). This entire episode stressed me out so much that I got my periods after they left, three days early (LOL). The Australian guy later told me he couldn’t believe what just happened and the blatant discrimination in the way they treated us.

Racism in Switzerland: An everyday reality for non-white tourists?

Obviously, that’s not true for everyone but it sure was for me while I was there. It seemed that I kept running into diligent racists all across Bern, Zurich, Interlaken and Geneva. It’s like I was some Swiss racist magnet. A white woman in Geneva called me an “idiot immigrant.” Why? Because I took a little longer to buy bus tickets from a vending machine. Nope, not an immigrant, just a confused tourist.

Again, in Geneva, two cops kept tailing me while I was strolling around Parc des Bastions. They kept giving me these nasty looks. It was my last day in Switzerland so I was feeling benevolent. I smiled at them and offered the seat next to me on the bench. As a response, they glared at me some more and continued trailing me till I left. In Bern and Zurich, I kept noticing how at supermarkets and restaurants the servers/cashiers would politely greet other customers but not me. In Interlaken, I was looking at a menu outside a restaurant. Guess what happened? The server said to me: “You can’t afford this!” And snatched the menu from my hand.

Boy, was I happy to leave Switzerland. It is a beautiful country no doubt, but racism in Switzerland is ugly. I met people there who were kind and treated me with basic courtesy. This included a Middle Eastern man who ran a kebab shop in Interlaken, and fellow travellers from South Korea. Most Swiss I met simply ignored me, which is totally fine. While many gave me that “You don’t belong here brownie” look. For the foreseeable future, I have no intentions of spending my money on Switzerland. I also hope that your experiences in Switzerland, if you are a person of colour, are more positive than mine.

For more of my solo travelling experiences, click here. 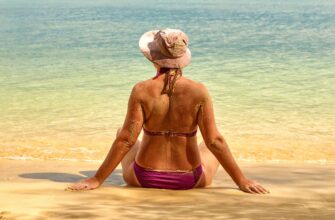 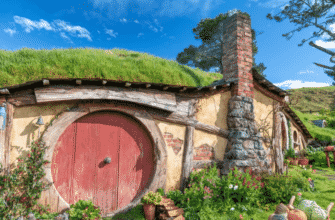 Hobbiton worth visiting
Hobbiton needs no introduction. Hobbiton is New Zealand’
054
Cuban Visa for Indians (+ All Other Nationalities): All You Need to Know
Oh Cuba, a country I love to hate! But, that’
038